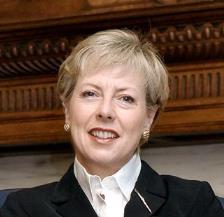 'Lady Smith will bring a wealth of knowledge and experience to the leadership of the Inquiry, from her significant service both as a QC and as a judge, her extensive involvement in the work of tribunals and as President of the Scottish Tribunals and her role in leading the Scottish Partnership on Domestic Abuse.'

Mr Swinny went on to highlight Lady Smith's 'leadership, independence and sensitivity' as key skills in progressing the inquiry.

Lady Smith, who has been a Judge since 2001 and was appointed to the Inner House in November 2012 said:

'Sadly, many children placed in residential care in this country have, over a period stretching back years, not been afforded the protection they deserved. Their voices now require to be heard and questions of when, where, how and why it happened require to be fully addressed. It is, accordingly, very important that the work of the Scottish Child Abuse Inquiry continue and it is for these reasons that I welcome the invitation that has been extended to me by the Deputy First Minister and have today given my commitment to being its Chair.'

Lady Smith’s appointment as Chair of the independent Inquiry will take effect from August 1st. It follows the resignation of the previous Chair earlier this month.

Keep up to date

Sign up for more information on events, training and resources